At times like these, I often hear the late, great Robin Williams in my head. I try and imagine myself as a morning person. But I usually doze off with the effort of maintaining the persona.

It's 7.15am. A perfect winter dawn is washing the eastern sky, the temperature hovering around freezing. In Formula Fast's reception area, I can smell coffee. It's the only thing keeping me upright.

With just 45 minutes until BRKC 2016 turns a wheel in anger, there's a quiet buzz about the place. Quiet, because the morning briefing isn't mandatory this year, so only a skeleton crew is here: drivers for the first couple of heats, their long-suffering loved ones, the staff (now into their second 20 hour day). And a smattering of race junkies.

At 7.30 we line the railings on the viewing gantry, steam from a dozen mugs curling towards the rafters as BRKC founder Brad and Formula Fast head honcho Ollie do their stints behind the microphone. I half-listen for anything that wasn't in the briefing video, sense the seconds ticking towards 8am.

Because today marks a BRKC first for me. I've been drawn in the first heat. Since the moment I learned my fate - while half-cut in a Fuerteventura hotel bar last Friday night - I've worried about this moment.

Suddenly, it's here. I'm downstairs in the pitlane, drawing my kart number (16) from the ball bag, collecting my 2.5kg weight, which added to my seat and the mountain of curry I wolfed last night makes... 92.1 kg. 1.3 kg more than yesterday. Some curry.

Normally I'm clearing my head at this point. But there's nothing to clear. I'm conscious. I will get in the kart and drive. That's all I've got. There are no nerves. Sander de Baets - one of the many excellent Continental racers present - has drawn the kart in front of me. As we're waved out of the pits to get BRKC 2016 rolling, I focus on maintaining the gap to him, hoping he'll drive a fast out lap and give me a chance to get some sort of feel for the circuit. He does; I cross the line around ten metres behind him.

33 or so seconds later, he seems a fraction closer as I take the chequered flag. Wishful thinking no doubt... but now he's giving me the thumbs up as we roll to a stop. Only when Michael O'Brien has taken his customary pole position and the marshal points at me do I get it. Second. I've qualified second, in front of some rather quick people. I hadn't dare look at the timing screens.

Before I know it - I might have nodded off - we're away. I get a decent start, staying on Michael's bumper right up until the first corner, when he seems to find another layer of grip. Over the next five laps he storms away at a slightly embarrassing rate, leaving me to fend off the advances of my friend and longtime fellow BRKCer Ryan Smith. I sense that several behind are faster, try and find a balance between defending my position and maintaining some sort of pace. It's hard work, and Ryan is never far away - but it works.

I'm fully expecting to be jumped in the pitstops, and react as soon as I sense clear track behind me. As I later discover, I lose at least a second in the pits - but am pleasantly surprised to exit just ahead of Ryan. I'm just starting to believe that I might scrape ahead of him - I've no idea what position I'm in - when I leave just a fraction too much space on the entry to the hairpin. Ryan is there without hesitation, sliding neatly through with just a brush of bumpers, Sam Spinnael following him slightly more forcefully... and I've got that pearshaped feeling as someone else clouts me into the last corner.

But I get it together, hang on and peg Ryan and Sam to the flag. The screen shows me fourth, which means that I held my position through the pitstops. It's disappointing to lose places on the track, but I held off Sander (who later apologises for hitting me) and bagged some reasonable points. And it's barely 8.30 in the morning.

As the morning wears on I neck cups of tea, flit between the viewing gantry and posh new entertainment/media centre. It's equipped with a suite of simulator pods which are doing a roaring trade, while James Auld commentates from the windows overlooking the track. Beside him, live broadcast manager Darren works his magic, using the feeds from trackside cameras to follow the action F1 style. After a few early glitches it's being broadcast to an enthusiastic online audience.

On track, it's mostly going according to the script. Ruben Boutens blazes through his first heat despite a typically flawless drive from occasional commentator Anwar Beroual Smith, while the other double champion, Lee Hackett, holds off Sean Brierley (the other occasional commentator). Brad Philpot takes a slightly lucky first win after Jake Campbell-Mills sportingly deems his own pass not good enough and lets Brad through; Michael Weddell turns fifth on the grid into third at the flag, setting the fastest lap of the race in the process.

In heat 8, the script is thrown out. Oliver Bayani takes a superb pole against none other than previous finalists Annelien Boutens, Bjorn Vermuelen and Russell Endean. Lucky, we think, expecting him to be swamped once the race starts... but he gets his head down and simply drives away, leaving Annelien a distant second at the flag. Russell looks uncomfortable at the wheel by his (exceptional) standards, and comes home a disgruntled fourth. We give Oliver a deserved hero's welcome when he returns upstairs.

Over the course of the morning I've managed to catch up with most of the old guard - Geoff and Ed White (who is mopping up as usual, despite a shortage of practice and a cold kart in his first heat), Ryan Smith's devoted dad Neil, EKL and Dmax regular Slawek Piskorz, Anthony, Tracy and Tyler Mays (The latter having a solid day with a pole and two fourth places to his name after two rounds of heats), Sean Brierley (blindingly quick as ever) and my British 24 Hours teammates. Jonny Spencer was a late entry and, unable to take Friday off work, went into his first two heats cold. He's had a baptism of fire, but it's good to see his name beginning to climb the leaderboard later on. His girlfriend Charlie, who ably supported us at Teesside last year, is the only Corporate Chauffeurs 'wife' to make an appearance so far.

By chance, I met BRKC's oldest and youngest competitors during practice on Friday. Michael 'Dutch' Westhoff seems to be enjoying himself on race day despite a penalty in his first heat. Armed with a bacon buttie, I nab a spot on the sofa in the media centre next to Kezia Lay, taking part in her first major karting competition at 14. She's on a steep learning curve but is improving with every lap; mid-conversation I realise that I've been karting since before she was born. Incidentally, at 41 I think I'm second only to Michael Westhoff in age (correct me if I'm wrong).

Just after lunch (for me, a free, discarded slice of pepperoni pizza), Marianne makes it two Corporate Chauffeurs wives. Broken leg notwithstanding, she makes it upstairs to reception with the help of my brother and BRKC 2014 entrant Jonathan. Everyone's delighted to see her as I knew they would be.

2pm. Time for me to suit up and do battle for my second and final time today. I enjoyed the new alternate layout yesterday but it is tricky, with grip levels varying dramatically between patches of rubbered and clean concrete. I watch a masterclass from Ruben Boutens and try and learn what I can from the viewing gantry.

But from the outset, I'm uncomfortable, despite having drawn the race-winning kart from the previous heat. It seems to bog excessively on the slow hairpin exits and feels twitchy even by the standards of this circuit. I qualify fifth, behind Slawek, but can't stay with him in the race; Lewis Manley, Sean Brierley and Oliver Bayani disappear into the distance. Aside from a moment's excitement when Sean exits the pits into my right bargeboard and bullies his way past (he apologises afterwards), it's a lonely, frustrating 36 laps. My woes are compounded by a poor pitstop which loses me a place to Jack Mitchell. Sixth. I console myself with the fact that I was thoroughly dispirited at this point last year with a sixth and a ninth place to my name. Despite the influx of talent, I'm doing better overall.

With my day's racing over, I join Anwar and James in the commentary booth and and try to cobble something coherent together when they thrust the microphone at me; I have renewed awe for the job James does. Anwar and Sean seem to be taking to commentating rather well, too.

Domestic matters and common sense necessitated an early exit today, so I missed the evening heats, but I see that at the end of round 2 it's a familiar story at the sharp end. Rico Haarbosch is the only new name in the top ten, with a mix of superstars, unknown quantities and under-the-radar drivers knocking on the door - Sean, Oliver, BRKC debutant Régis Gosselin, James Martin, Dan Healey, Anwar... Jonny Elliott also having a fine first couple of rounds.

So far, I think BRKC 2016 is living up to the hype. I saw some phenomenal racing today, and judging from the livestream and timing feeds, that continued this evening. 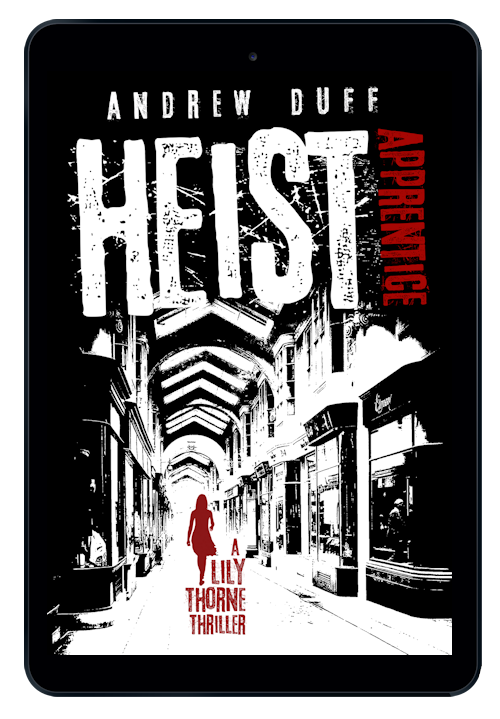 Get my new thriller for free